Anger Management....because not all of us have a tiny temper 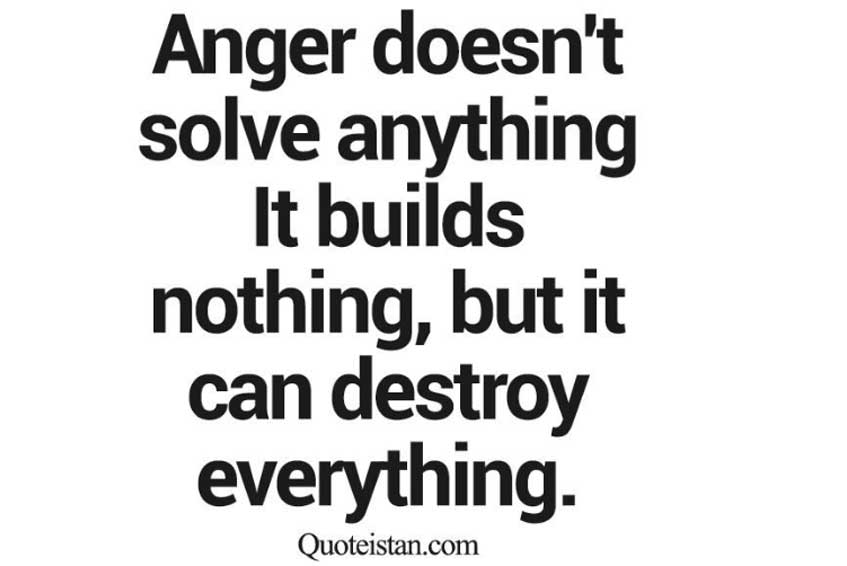 Having good anger management skills are invaluable, especially when it comes to the workplace. Nobody wants to work in an environment where people are at each other’s throats all the time, or where people are treading on eggshells because they don’t want upset a certain somebody. Yes, you will get annoyed with the people you work with and yes there will be times when you disagree. But the way you handle yourself is crucial. Keeping a calm and collected mind while at work will allow others to listen to you and take you more seriously, and will let your boss see that you’re someone who can keep calm under pressure. When looking at who to promote, do you think your boss is going to choose someone who can’t keep their temper under control? Being able to deal with your anger effectively at work will make you more likeable, more productive and more likely to succeed.

Everyone gets angry – it is one of the emotions that make us human. Anger is a natural emotion and there’s nothing wrong with experiencing it from time to time. However, there are times when our anger gets the best of us and we end up lashing out at people who don’t deserve it. Being able to control your anger is important, otherwise you may end up hurting those you love and care about, or saying things that you might regret. There are many different ways to manage your anger, so if you feel like you could do with some help in this area then read on.

Anger management is a term which is used to describe the tools we have which can help us suppress our overwhelming emotions. Anger management involves recognising that you are becoming angry and taking positive steps to deal with the situation in a calm and controlled manner. It does not mean supressing your anger to the point where you can no longer cope with it, but it means that you should manifest these emotions in a different way other than lashing out.

Anger management skills are often skills that we already have in ourselves, we just need to know how to unlock them and put them to good use. You can learn to unlock these techniques yourself, though sometimes you may find it useful to have the help of a trained professional. Being able to cope with your anger is far healthier for your mind and your body, can help prevent strain on relationships and can even make you more successful. If you feel like you are strange or unusual for struggling with anger problems then it is worth knowing that you’re not alone and there are plenty of other people out there (including some well-known faces) who suffer from the same feelings as you.

Naomi Campbell is a highly recognised supermodel, singer and actor. But it hasn’t always been such huge successes for Naomi. One of the things people will automatically think about when hearing her name will be her temper. Known for her violent temper and even bouts of physical violence, Naomi Campbell has had some severe anger management issues in her time. She has had issues with other models, a maid and even the police. After these episodes, Ms Campbell was ordered to attend anger management classes and has now put all of that stuff behind her. This model now does charity work for helping children in Africa, fighting poverty in Brazil and providing relief to those affected worst by Hurricane Katrina.

Another huge star who has been known for their temper is Sean Penn. Arguably one of the most recognisable actors of this generation, Sean Penn has been making films since the 80s. But he still gets in trouble for his violent outbursts. During his four year marriage to Madonna, there were many claims of physical abuse, as well as run-ins with photographers, interviewers and once even kicking a member of the paparazzi. It’s no wonder that he has made so many enemies in Hollywood. Although a huge star, Sean Penn doesn’t get on with quite a few of the big names in LA LA Land – perhaps why he’s been in less and less films in recent years?

So in a moment of anger, and there will be many with clients or colleagues, supervisors or group heads but please remember, just STOP, don’t say one word, and either count to 10 and/or walk it out BUT NEVER SHOUT IT OUT.

Jannette Brimm is a soft skills specialist. After being approved by the SRA in 2013 to deliver training to solicitors, Jannette set up SKILLSSANCTUARY Ltd, the Chancery Lane based soft skills training company for solicitors only.

Working in the legal sector for 27 years, Jannette Brimm has provided IT, administrative and business support to solicitors at law firms such as Dentons, Maples and Calder (Cayman Islands), Watson Farley and Williams, Wedlake Bell, Eversheds and Mayer Brown and transferred all her business skills to create SKILLSSANCTUARY.

Because you cannot drive a Fiesta like a Ferrari!