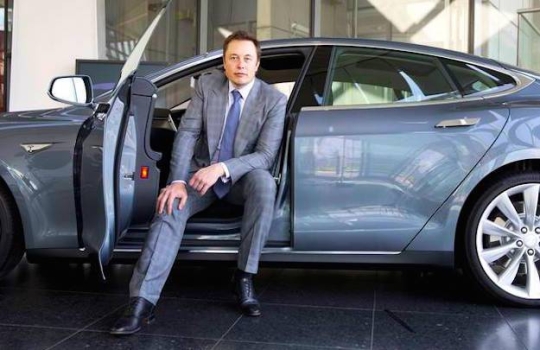 Being a good leader is not an easy job. Yet it is something many of us aspire to be – whether it at our jobs, at home or amongst friends. Everyone wants to be someone that can lead and commands the respect of others. Although many people are natural-born leaders, there are things that you can do to help you become a better leader.

Elon Musk of Tesla Motors displays these leadership skills, and more, every day. Many people who have worked with Musk have said that he possesses an extraordinary ability to make people see his vision. This is the mark of a true leader because it shows that not only does he have passion for his subject, but he is able to communicate clearly in a way that shows others what he means. Although Musk has faced several difficulties and obstacles throughout his illustrious career, he has persevered. He has shown courage, passion and humility and as such has co-founded and developed some of the greatest technological advances of our time.

The hard work and great leadership skills of Elon Musk show in his net worth. Currently estimated to be around the $11.5bn mark, Musk is one of the wealthiest people in America. And he got there all through his outstanding leadership qualities. He has made his stamp on not just American culture, but world culture – by promising to have a colony of humans living on Mars by 2040. He is courageous in his dreams but they have gotten him this far. Who’s to say they won’t get him even further?

Because of all of his amazing leadership skills, Elon Musk has had success that most of us could only dream of. As well as his personal success – achieving his own personal dreams – Musk has been recognised by many official bodies as one of the greatest leaders of industry. Named as one of the most influential people of the 21st century, recognised as a ‘Living Legend of Aviation’ in 2010 by the Kitty Hawk Foundation. Other recipients of this award are Buzz Aldrin and Richard Branson, just to show you what level he’s at. He’s also tied for 10th place as the most popular space hero. He has been ranked 21st on the list of the world’s most powerful people, and came in at number three on the top 200 list of most influential philanthropists.
And that’s just the start.

There are countless other rewards and recognition that Elon Musk has received for being a great leader, we’ve barely scratched the surface. The good thing about Elon Musk is that he allows people to see that being a good leader is not something that you have or you haven’t – it can sometimes be a learnt behaviour towards life. By taking on some of the above qualities that Elon Musk also has, you too could find yourself being rewarded for your fantastic leadership skills. These are things such as clarity, decisiveness, courage, passion and humility.

A good leader needs to be clear and concise when they are addressing people, so people fully understand their vision. If you know what you want then people will automatically respect you more for that. A good leader also needs to be decisive, as there are many challenges which are thrown a leader’s way. Decision making is an important way of making sure that you command respect from people and don’t crumble under pressure.

Which leads us on to courage. Sometimes a good leader will have to make unpopular decisions, and if they can face these decisions with bravery then people will respect them all the more. Good leaders are not afraid to rock the boat, and do so with their head held high. Leaders also display a passion for their business. Whatever this may be. People who don’t have the passion rarely have the motivation to succeed, so if you are passionate you are more likely to be viewed as determined and capable. Finally, humility. A good leader should be able to admit when they’re wrong and never let their ego become too big.

Good leaders know that they are always learning, and that they can learn from anyone – not just those leaders in their company.

Jannette Brimm specialises in corporate business skills (aka soft skills). After being approved by the SRA in 2013 to deliver training to solicitors, Jannette set up SkillsSanctuary Ltd, the Chancery Lane based business skills training company exclusively for solicitors and managing partners.

Working in the legal sector for 27 years, Jannette Brimm has provided IT, administrative and business support to solicitors at law firms such as Dentons  大成, Maples and Calder (Cayman Islands), Watson Farley and Williams, Wedlake Bell, Eversheds and Mayer Brown.

The Art of Effective Communication for the Family Lawyer

Because you cannot drive a Fiesta like a Ferrari!

It is okay not to be okay